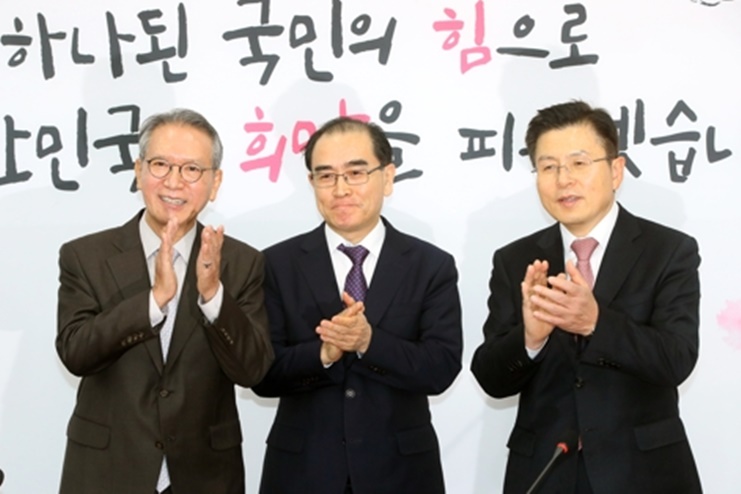 Conservatism in South Korea has seen better days. Some of its problems are obvious: Scandals surrounding former President Park Geun Hye not only soured the public on the bloc, but also fractured them, creating divisions only recently patched through the launch of the United Future Party. The upcoming elections will probably not solve those problems, either: the structural obstacles the new party faces are steep and unlikely to be surmounted, not while the Moon Jae In administration can take credit for a COVID-19 response held up as an international model.

But these elections may see steps toward the solving of a deeper set of problems; namely, what conservatism in the Republic of Korea is supposed to “conserve.” To be sure, a definition of conservatism is challenging anywhere, not just in Korea: once associated with monarchists, in the United States the post-war movement rallied around anti-communism, tying together classical liberalism, Christianity and an expansive definition of “national defense.” They functioned well enough during the Cold War, when the Soviet Union loomed as an enemy of all three, but since the USSR’s fall it’s not been clear these three legs were built for the same piece of furniture.

But the definition is especially difficult for Korea, home to some of the 20th century’s most drastic changes. Hence Syngman Rhee, jailed and tortured for his anti-monarchist progressivism in his youth, later became known as a reactionary hardliner as president thanks to his ferocious opposition to communism (but certainly not for his policies, which weren’t especially different from what he promoted in his youth). Likewise, Park Chung Hee expressed disdain for the Chosun Dynasty and, after overthrowing the previous government and seizing power, launched an unprecedented campaign of social transformation.

And today he is regarded as an icon by Korean conservatives. Not so much because of what he believed, but what he opposed – again, the communists – and the legacy of growth he left behind. Right-leaning presidents in the democratic era have struggled with this legacy, seemingly united by little other than the desire to maintain Park-era growth in a country where conditions no longer allow for it.

The candidacy of Thae Yong Ho  for the Gangnam district of the National Assembly could offer them a new way forward, though; provided he wins, and provided other conservatives are willing to listen to him. Thae, unlike most in that camp, did not grow up in Park Chung Hee’s Korea, nor was he shaped by the battle lines of the 1980s, in which student protesters – some of whom were radical leftists, some of whom weren’t – fought the regime of Chun Doo Hwan (the one president who unabashedly did seek to preserve his predecessor’s legacy). Thae is the product of North Korea’s totalitarian system, but also one who has seen the contrast between it and a free society, and chose the latter. This makes him uniquely qualified to speak out on behalf of freedom for all Koreans.

And “all Koreans” means all Koreans. Thae Yong Ho said that the impetus for his decision to run for office was the Moon administration’s decision last autumn to send two North Korean fishermen, who attempted to defect to the South, back to the North. Despite Seoul’s protests to the contrary, one cannot know based on present evidence whether the fishermen are guilty; what we do know is that once they were returned to the North their chances of a fair trial were non-existent, and that they faced punishment not only for what happened on the ship, but for trying to leave North Korea at all – which, under the Universal Declaration of Human Rights, Article 13, they have the right to do. Thousands of Hongkongers in 2019 defied their government and risked their futures to defend the right to a fair trial; Moon Jae-in, sadly, shows much less courage than Hong Kong’s protesters, or even a younger version of himself.

Thae, to be sure, faces obstacles in his quest to be a fixture of South Korean politics. His wheelhouse is certainly inter-Korean affairs – though his overall experience in diplomacy may be a unique selling point for conducting foreign policy – and South Korean voters have long preferred politicians based on their vision for domestic affairs. But should Thae Yong Ho become fluent in the domestic issues – education, youth employment, and coping with an aging society, for instance – his entry could be a watershed moment for the conservative movement, and South Korean politics as a whole.

And the Democratic Party of Moon Jae In seems to know it. Rather than ceding the right-leaning Gangnam district to Thae, they’ve attempted to stop him by fielding Kim Seong-gon, one of their most policy-astute from within their ranks, against him. Based on polling, though, it appears to not be working.

Conservatism, to be clear, is not a point of view this column is endorsing. The case certainly can be made that Korea is already conservative enough, and Thae Yong Ho’s views on assorted issues will almost certainly yield points of disagreement – this is natural, and healthy. But intellectual conservatism’s best impulses – the rule of law, humility in planning, restraint, and respect for tradition – are beneficial ones. And a conservatism that can argue persuasively for the rights of all Koreans is what the ROK needs now.

Rob York is director for regional affairs at the Pacific Forum in Honolulu, Hawaii, and a former production editor at the South China Morning Post. He is a Ph.D. candidate in Korean history at the University of Hawaii at Manoa. Check out his past column for Daily NK here.

Views expressed in Guest Columns do not necessarily reflect those of Daily NK.

Some regions of N. Korea sell rice and corn to population to mark Party Foundation Day

Young children in N. Korea still being forced to fulfill “non-tax burdens” ahead of the winter

Some regions of N. Korea sell rice and corn to population...

N. Korean authorities crack down on street commerce in Hyesan before...