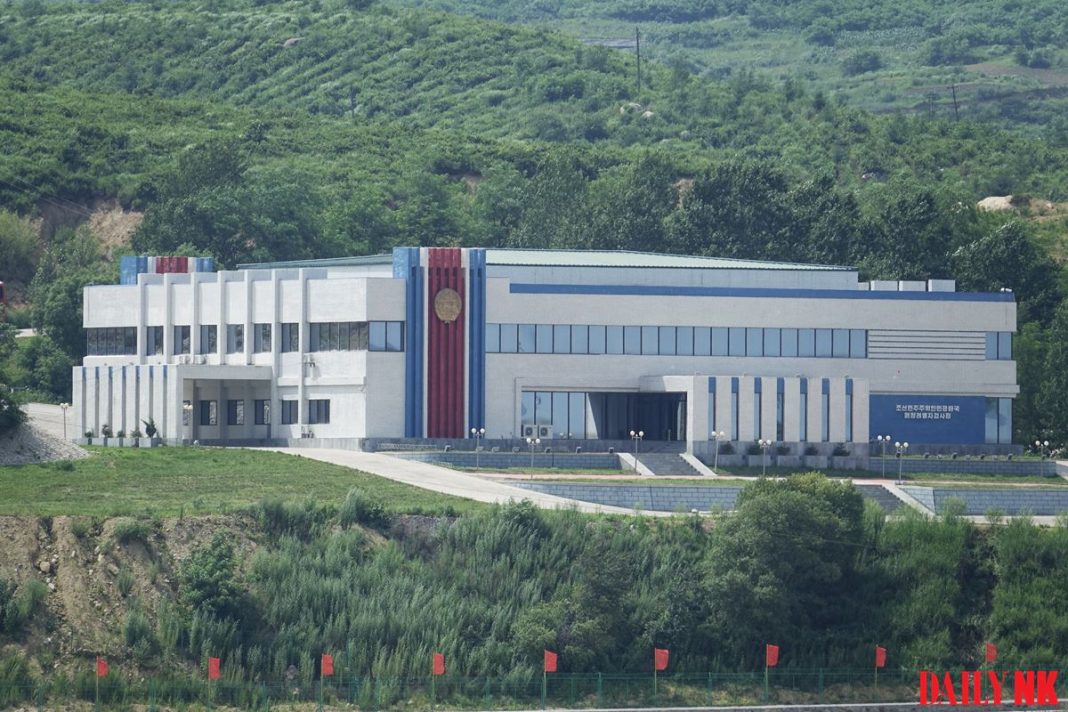 North Korean authorities began preparing for the restart of China-North Korea trade from the second half of 2021, vaccinating around 200 customs officials, Daily NK has learned.

According to a Daily NK source in North Korea on Jan. 18, officials at the Sinuiju customs office in North Pyongan Province were given their second dose of COVID-19 vaccine before or during Oct. 2021.

Most of the customs officials who were vaccinated belong to the Ministry of State Security, but their co-workers from the Ministry of Defense also received their vaccinations.

In addition, officials working in the trade-related quarantine offices in Uiju and Nampo have received their second dose of vaccinations. Essentially, North Korean authorities provided the vaccines to trade-related officials as part of efforts to prepare for an expansion of trade between North Korea and China.

All in all, around 200 disease-control workers from customs and quarantine offices in Nampo, Sinuiju, and Uiju have been fully vaccinated for COVID-19.

Emergency Anti-epidemic Command doctors dispatched by the Central Committee arrived in Sinuiju and Nampo to administer these vaccinations, rather than medical staff from local province, city, or county clinics or hospitals.

Interestingly, North Korean authorities explained that the injections were “preventative jabs for immunity” instead of calling them “COVID-19 vaccines.”

All of the vaccinated workers knew that the injections were COVID-19 vaccines, however, and rumors about the vaccinations have spread through their families and friends.

Another high-level source in North Korea confirmed that officials from the Sinuiju and Uiju customs offices, along with the quarantine office in Nampo, have received their second dose of vaccinations.

According to this source, North Korean authorities acquired two types of vaccines (Pfizer and a Chinese vaccine) before proceeding to vaccinate customs and quarantine officials with a three to four week gap between the first and second doses.

Although the source was unable to confirm which of the two types of vaccines the customs and quarantine officials actually received, he believes that it is highly likely that the officials received the Pfizer vaccine.

Customs officials in the Rason Special Economic Zone have also been fully vaccinated.

Prior to the closure of the border, Rason was one of the main points of trade between North Korea and China, as it is near to Hunchun, Jilin Province, across the Tumen River.

Given that even Rason customs officials have been vaccinated, there is anticipation that other trade routes besides those in Nampo and Sinuiju may open.

It appears, however, that North Korean authorities plan to reopen trade in Rason only after quarantine facilities have been completed and measures are put in place to prevent smuggling.

“Although [the authorities] plan to expand trade to places other than Nampo and Sinuiju, they have not taken any specific measures in that regard yet,” the high-level source said.

What does “complete recovery” mean in the context of N. Korea’s COVID-19 outbreak?

N. Korea hands down instructions to its provinces about how to deal with COVID-19