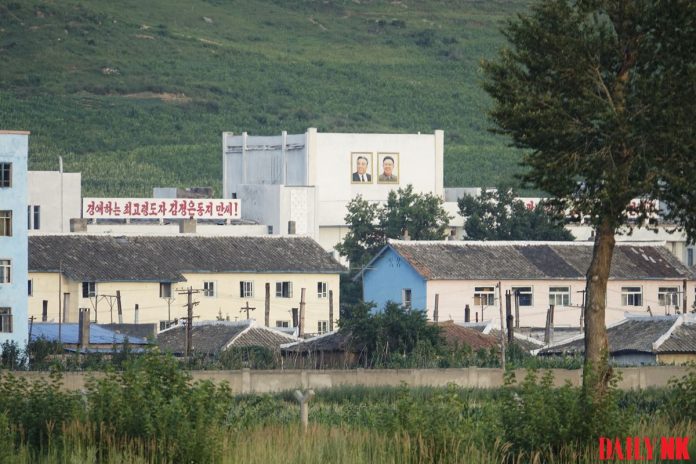 Two accidents recently occurred at the Myonggan Chemical Factory in Myonggan County, North Hamgyong Province, during a trial run of a sodium carbonate production line that had been repaired and expanded.

“The Myonggan Chemical Factory had selected repairing and expanding its sodium carbonate production line as its goal for the first half of the year and had been devoting its efforts toward that project since January,” a source in North Hamgyong Province told Daily NK on Wednesday. “It’s already in its second trial run, but there have been several accidents that have caused many deaths and injuries, some mild and some more severe.”

According to the source, the Myonggan Chemical Factory had been researching a new technique in the carbon-one chemical industry on orders from the North Korean authorities and had carried out its first test for integrating that technique into its production line in mid-January.

During the test, however, there was an explosion in which more than 20 people were injured mildly or severely. While this was a major accident, no one died, so it did not present a legal problem, the source said.

But when the second test was carried out at the end of March, there was reportedly an even bigger explosion that claimed the lives of some workers.

“The explosion in the second test was much more powerful than before. In the end, four people died in the accident, while 10 were severely injured and 20 made it off with mild injuries. I think this is going to be a bigger problem for the factory,” the source said.

Significantly, the researcher who had been attempting to introduce the new technique onto the production line was seriously injured in the accident. The researcher was transferred to the provincial hospital but remains in critical condition and is in danger of permanent blindness. The other people who were seriously injured are all being treated at the provincial hospital, the source said.

Currently, the county branch of the Ministry of Social Security has dispatched officials to the scene to determine the cause of the accident, but they have only managed to determine some aspects of what happened, the source said. The problem is that all the people involved in the test (including the researcher) and the related officials have been hospitalized for their injuries.

The factory workers have reportedly complained that the factory managers did not learn their lesson or take the necessary precautions after the accident during the first test. Workers pointed out that the managers placed more of a priority on getting results than on protecting workers’ lives.

Workers said that there are often accidents of varying severity at the factory because the managers insist on carrying out the party’s orders even when they are not feasible and because they push their underlings hard so they can speed up the reports they send to the party.

“The tests have currently been suspended. The families of many of the injured workers are disappointed with the factory management,” the source said.