The North Korean authorities released
thousands of prisoners from the country’s re-education camps [kyohwaso] to mark the 70th anniversary of country’s independence from Japan. A car with blaring
loudspeakers and advertisements announced that the first batch of amnesties has
been enacted, and that the second batch will be granted in October to mark the
70th anniversary of the foundation of the Workers’ Party of Korea [WPK].

“Last month on the morning of the 15th,
amnesties were dispersed to certain prisoners kept at 12 different ‘re-education’
camps throughout the country. The sentence reductions and releases are being
divided up between two different dates in order to coincide with important
historical dates on August 15th and October 10th,” a source in North Pyongan
Province reported to Daily NK on September 2nd.

This news was confirmed by another source
in the same province and a third source in South Pyongan Province.

“Those targeted for the first wave of
amnesties were prisoners who, after their trial, were originally sentenced to 3
years or less. The rest of the prisoners got a 3 year reduction on their term.
So, according to these criteria, a criminal with a 5 year sentence would get a
3 year reduction, leaving him or her with 2 more years behind bars.”

The first batch of released prisoners
mainly consisted of petty economic criminals, robbers, violent offenders, and
those who injured others while driving due to carelessness, he explained. Notably,
the first cohort did not include a single prisoner arrested by the State
Security Department [SSD] for what are considered “political crimes.” The
second amnesty wave, set to take place at 5 prisons, is slated to follow the
same pattern as the first: that is, political prison camp [kwanliso] detainees will remain exempt from
amnesty.

The move is designed to make the Marshal
[Kim Jong Un], seem bold, considerate, and resolute at a time when people
reflect upon the nation’s triumph over Japan and the foundation the Workers’
Party. As news continues to spread about the amnesties, the released prisoners
will serve as advertisements for Kim Jong Un’s generosity and “care for the
people,” according to the source, who added that at some of the released prisoners’ workplaces [mostly factories] welcome receptions were held to celebrate their release, according to the
source.

“Because the number of released prisoners
is different at every facility, it’s difficult to get a grasp on the exact
number of total persons affected by the amnesties. However, we do know that at
North Pyongan’s Yangdeok Re-Education Camp, over 400 people were released,” he said. “Based on a conservative assumption that this amount roughly reflects the number
of prisoners released at the 12 other re-education camps included in this round,
the total number could easily be in the thousands. Rumors are already swirling
about this number being even higher during the second group of prisoners to be
released in October.”

When asked about the residents’ reaction to
the news, the source replied, “Even if these prisoners get released, it will be
difficult for many of them to make a living, which will put them in a position
where the temptation to commit crime is amplified. Other residents will
consider Kim Jong Un truly generous if he releases political prisoners as well.
Some regard the release as nothing more than an advertising campaign for the
regime.”

*The content of this article was broadcast
to the North Korean people via Unification Media Group. 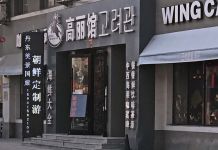