North Korean authorities have decided to permit smuggling activities across some portions of the Sino-North Korean border from mid-June on the condition that smugglers pay foreign currency to purchase trade permits, Daily NK has learned.

According to a Daily NK source in North Korea on May 29, North Korea decided to allow traders in Sinuiju, Ryongchon, Uiju and Nampo Special City to conduct their activities from June 15. Traders who fall within the purview of the new measure include those working for trade companies affiliated with the military, Cabinet and other government agencies along with individual smugglers registered with companies.

WAKU BACK TO YOU

Traders must fulfill two conditions to restart their activities: 1) pay for their trade license (waku) in foreign currency; and, 2) in addition to their own imports, import items designated by the state and donate half of these imports to the government.

Even companies or individuals that already possess a waku must buy new permits with foreign currency because the permitted import lists on their trade permits must be changed to accommodate the import needs of the state.

North Korean authorities have reportedly ordered smugglers to include rice, flour, oil (cooking oil), sugar, MSG and other foods on their list of imports. Even traders who previously specialized in electric appliances or clothes must now include food items in their imports to be allowed to begin trading again.

The inclusion of these food items is likely the result of a measure handed down by the country’s Central Committee and Cabinet on Apr. 17 that restricted all “unnecessary” imports until the end of the year.

Following the announcement of the import restrictions, the prices of MSG, soybean oil and flour skyrocketed; there now appears to be great discontent among North Koreans about the scarcity of certain food products and the generally higher prices of food items. Daily NK’s source said that the addition of these food items to import lists is a direct result of this discontent.

North Korean officials have also announced that smugglers who hand over 70% of the food products – more than just the minimum of 50% – they import to the state will be given so-called “patriotic donation certificates.”

All in the all, the latest measure to open up smuggling across the border is aimed at both acquiring foreign currency (through the sale of trade permits) and stabilizing market prices by importing food items in demand.

The decision to open up smuggling in certain areas is likely due to difficulties in controlling smuggling activities in places like Ryanggang Province and North Hamgyong Province.

Smugglers in those regions are reportedly faced with the significant burden of having to move their operations to North Pyongan Province or Nampo.

Moreover, they have to submit a “letter of intent” to a North Korean agency saying they will be importing items from a particular Chinese trader and the existence of these traders in China must be confirmed by the North Korean embassy in China. These traders also have to compete with traders already based in North Pyongan Province and develop trading routes from scratch.

According to a high-level government source in North Korea, the measure to open up trade is reportedly the brainchild of Kim Yo Jong, North Korean leader Kim Jong Un’s sister. Daily NK recently reported that Kim is managing the review process of the country’s nascent government bonds program.

“This latest measure to permit smuggling is another way for the government to acquire foreign currency amid difficulties faced by the government bonds program,” the source told Daily NK. “In all likelihood, few business people would want to participate in state-sanctioned smuggling – unless, of course, the profit margins are attractive.” 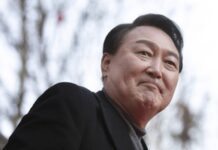 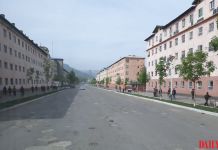 Facing a surge in COVID-19 cases, Sinuiju was locked down for a week in early May

Facing a surge in COVID-19 cases, Sinuiju was locked down for...