North Korean authorities have recently ordered local officials to find ways to restrict the movement of beggars and other “vagrants” who engage in crime, including robbery, Daily NK has learned.

“The head of the North Hamgyong Province Party Committee proposed to the central government that an investigation needed to be carried out to understand why there was a sudden rise in nine to 18-year-old children and teenagers begging and stealing near train stations in Chongjin, Onsong, Kyongsong, and Kilju,” a North Hamgyong Province-based source reported on Feb. 26.

“The Supreme Leader [Kim Jong Un] signed off on the proposal on Feb. 20 and handed down orders to officials throughout the country to take action,” he added. 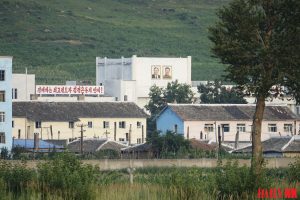 Kim’s orders told officials in each province to put together statistics about the number of “vagrants” in their areas and report these numbers to the central government by Feb. 24 before beginning measures to control their movement. The Central Party Committee, which reviewed the North Hamgyong Province Party Committee director’s proposal, decided to hand down orders to all provinces after concluding that the issue of vagrants was not limited to North Hamgyong Province.

The “vagrants” targeted by this recent order are considered a different class of people from homeless children (kkotjebi) who typically wander around begging for food. North Korea has called this “new class” of vagrants “people who wander around begging in a pathetic way.” According to the authorities, these vagrants were originally beggars in specific areas, but after these areas fell into economic decline, they began to wander to other areas of the country begging and stealing.

“After the order was given by the central authorities, a ‘security execution committee’ was held with high level provincial, municipal and county party leaders and managers of people’s committees, local police stations, and Ministry of State Security offices,” the source said. “Officers from the province’s Ministry of People’s Security and the Railway Security Bureau began efforts to control the movement of the vagrants from Feb. 25.”

Officers from these two agencies have reportedly arrested vagrants discovered near railway stations and have interned them in “waiting rooms” within municipal and county police stations. The agencies plan to send them back to their residence on record or their last known area of residence, sources told Daily NK.

The authorities, however, have restricted people from moving from one province to another since the beginning of the coronavirus crisis. Vagrants with residential records or last known addresses in other areas will be kept at MPS offices where they were found until the COVID-19 crisis dissipates.

Sources told Daily NK that the central government’s order to round up vagrants was really aimed at protecting Pyongyang from disease.

“In normal times, the vagrants wouldn’t be rounded up like this. They’d only be arrested if they caused a problem,” one source said. “The [COVID-19] crisis has gotten so bad, however, that the authorities are doing what they can to prevent them from entering Pyongyang.”

N. Korean fishing boats head out to sea from Sinuiju