Daily NK recently obtained explanatory material for the law against “reactionary thought,” which was adopted in December during a meeting of the Presidium of the Supreme People’s Assembly.

Daily NK previously reported that the law calls for strengthening controls on the entry and distribution of cultural materials from other countries, including South Korea, as well as the leaking of books, videos and other materials produced by North Korean authorities, such as propaganda materials.

In fact, the explanatory materials Daily NK recently obtained lay out the specific “criminal punishments” for consuming or distributing cultural materials from South Korea, the production or distribution of pornography, the use of unregistered TVs, radios, computers or other electronic devices, and the consumption or possession of banned films, recorded materials or books.

Particularly striking is how much of the law warns against the entry of films, TV programs, music and other cultural materials from South Korea.

The bans appear to be a response to the growing number of North Koreans who enjoy South Korean culture, including South Korean films, TV programs and pop music.

Soap operas such as “Crash Landing on You” and “Backstreet Rookie” and even reality programs such as “Mister Trot” are reportedly quite popular among North Koreans.

The law also calls for controls against cultural materials from the US and Japan. Article 28 laid out punishments for those who consume or import cultural materials from “hostile countries” such as the US or Japan, or materials containing content that “opposes” the North Korean regime. Specifically, the law calls for up to 10 years of correctional labor for these crimes, and even death for importing “a lot of material.”

A source in the country told Daily NK that the Bible is included among the books mentioned in Article 28.

The law stipulates tough penalties for pornography as well. Article 29 gives five to 15 years of correctional labor for those who watch, see, read or possess pornographic recordings or books, photos or drawings that “preach superstition.” People who produce, import or distribute such materials get life sentences of correctional labor or even death, depending on the amount of material they dealt with.

Moreover, the law stipulates punishments for individuals who know that cultural materials or pornography from South Korea, the United States or Japan are being imported, distributed or consumed, but fail to report it.

With the law also calling for three months or more of correctional labor just for possessing a foreign-made mobile phone, it appears North Koreans will face considerable difficulties in using South Korean-made mobile phones such as Samsung and LG models, or even those made in China. North Koreans may, as a result, engage in less smuggling with China.

In the law, North Korean authorities stipulates punishments not only for the individuals committing crimes, but also for organizations or individuals who fail to prevent those crimes.

Articles 24 to 28 lays out “administrative responsibilities” for illegal acts, including punishments for illegally installing “hacking programs” on mobile phones; punishments for institutions and individuals when “reactionary ideology and culture” enters the country because officials failed to properly administer the internet or computers; or when outside cultural materials enter the country due to shoddy customs inspections.

The law also calls for fines of KPW 100,000 to 200,000 toward parents whose children fall afoul of the law’s stipulations because, the law argues, the parents “failed to raise their children properly.”

It appears that North Korean authorities will continue implementing these tough punishments for the time being while the law’s explanatory materials are disseminated to lower-level organizations throughout the country. 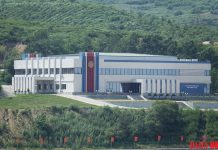 Despite unpopularity among the people, North Korea may issue more cash...