Daily NK is proud to announce the release of a comprehensive report on the current state of North Korea’s market economy and the implications of proliferating marketization. The report marks the culmination of painstaking research efforts undertaken between 2014-2016 in collaboration with 32 specially-trained sources from North Korea, approximately one-third of whom independently reported from inside the country on conditions within their local General Markets.

The report, entitled “The Creation of the North Korean Market System,” provides a more detailed view than ever before of the extent of market activity occurring not just within the officially-sanctioned brick-and-mortar markets, but also in terms of their pivotal role in supporting a wider network of subsectors including labor and real estate, and their influence on shifting societal behaviors.

Daily NK was able to verify the existence of 387 officially-sanctioned markets within the country, with residents selling from over 600,000 stalls within these marketplaces. Extrapolation of this data factoring in statistical and environmental limitations, including changes that would have occurred after the completion of the survey suggest that these numbers are now significantly higher. In population terms, over 5 million people, or 20% of the population are either directly or indirectly reliant on the General Markets, solidifying their place in North Korean society as an integral and irreversible means of survival in the wake of the collapse of the state’s Public Distribution System.

In today’s North Korea, provided one has the money, unprecedented access to materials and influence is possible. This is a break from the past, where even if one had the means, obtaining items like advanced medicine, for example, was all but impossible. Emerging subsectors within the North Korean economy have also led to alleviation of the chronic unemployment issue the country has long experienced. In addition, there has been a general rise in the services market in areas outside education and healthcare, which still remain largely dominated by the state.

While the regime continues to suppress fundamental civil and political rights, nascent freedom of mobility has improved markedly thanks to North Korea’s fledgling marketization. With the exception of the DMZ and smaller urban settlements near the Sino-North Korean border, nuclear facilities, and prison camps, etc., most residents can now move freely without significant impediment, provided they have the money to do so. Likewise, the spread of mobile telecommunication services means that open information transfer is now gathering momentum.

The North Korean authorities have largely embraced the ability of the markets to provide for the people, but the report details how the authorities have effectively sought to bring the markets under their control, allowing some degree of growth but also suppressing activities to a certain point. There are also new details regarding how the authorities are managing the legality of these new enterprises, sometimes regulating what once was illegal, but also tacitly allowing other technically illegal activities. The donju (newly affluent middle class) and others with government connections have become deeply involved in real estate transactions and other financial activities tangentially tethered to the General Market trading economy, leading to widening income inequality. A new poorer class has emerged alongside the new monied class of donju and we postulate that this trend will continue to grow. Homelessness is now primarily a manifestation of failed business ventures rather than due to government mismanagement.

Policy options to deal with the North Korean nuclear program and how to influence China vis-a-vis North Korea have been debated at length, but little if any time has been devoted to debating policy options that pursue change via the power of the markets. Targeting the market economy in North Korea as a key path towards improved quality of life for its citizens may represent the most realistic strategy for tangible progress, and this report provides a new wealth of information on the intricate nature of the North’s growing economic complexity.

We hope that this report will contribute toward a better understanding of North Korea, where starvation is no longer a persistent threat due to an improving market economy, and where the people are seeing greater influence over the future of their country’s economic system. It is time to view North Korea through a lens of relative economic stability, where Kim Jong Un is likely to push ahead with marketization as a platform to retain control. However, there are myriad risks bubbling beneath the surface, as socioeconomic stratification grows more severe and North Korea’s dependence on China continues to introduce foreign influences that could threaten the stability of the Kim Jong Un regime. Taken together, it is clear that strategies must be adjusted to engage with the North Korean people and foment change from within. 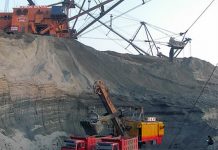 N. Korea wrangled with the question of whether to attend the...